The DevilStorm Robotics team from Hinsdale Central High School has finished competing in the FIRST Robotics 2015 Midwest Regional Competition recently held at the UIC Pavilion in Chicago. In only their second year of competing in this prestigious robotics competition,

we are proud to announce that they, and their robot Stanley, fought valiantly and won 5 out of their 10 matches. This earned them a spot in the quarterfinals where they  teamed up with two other high ranking teams. Unfortunately they did not make it out of the quarterfinals, but that’s okay! For a second-year team their performance is commendable and we at JobGiraffe could not be prouder! And while winning it all would have been nice, we know that just building a robot from scratch – a robot that was competitive in an intense tournament such as this – is really a win in and of itself. 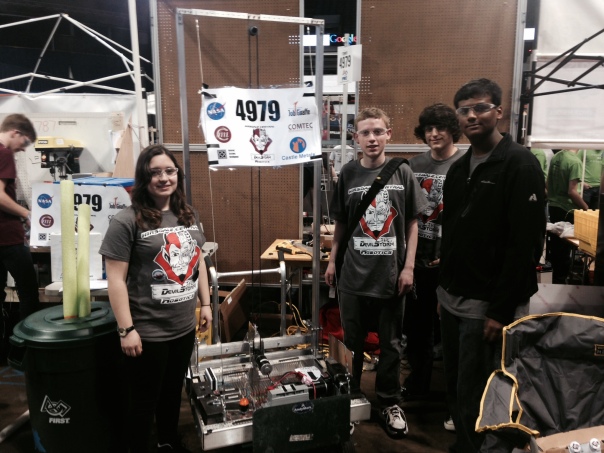 Congratulations to the DevilStorm robotics team, we can’t wait to see what you come up with next year!